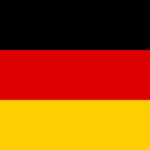 Since 1971, Formula Renault Eurocup, the Formula 3 championship, has been part of the pyramid leading to Formula 1. Young motorsport prodigies can join the championship from the age of 16 to continue their training after karting. Immersed in the professional world, they are subject to the pressure of competition.

Proof of the renown and training acquired in this championship, Alain Prost, Felipe Massa, Lewis Hamilton and Daniel Ricciardo have made their ranges in Formula Renault.

NOTE: These settings will only apply to the browser and device you are currently using.